These 9 Startups Are Revolutionizing the Future of Food!

The food industry has been changing over time and so does the way you eat. Lately, more and more people are starting to avoid consuming meaty and sugary products and deciding to switch to a healthier way of eating. In Australia, the number of adults following a mostly vegetarian diet has increased between the years 2012 and 2016. We’re not just seeing a rise in plant-based eating; consumers’ cravings for “free-from” products and the hottest food trends - like fermented drinks and vegan burgers that taste like the real thing - are growing at a rapid pace, too.

With eating habits moving beyond fads to become genuine trends, numerous food-tech startups overseas have emerged to meet the needs of consumers. They are aiming to transform the future of food not only by introducing new concepts and coming up with innovative ways to produce meat and dairy products but also by bringing something new to the table. In this article, we’re highlighting some of the most interesting and innovative offshore startups in the food and beverage industry. We hope to see this sector grow in Australia, too! 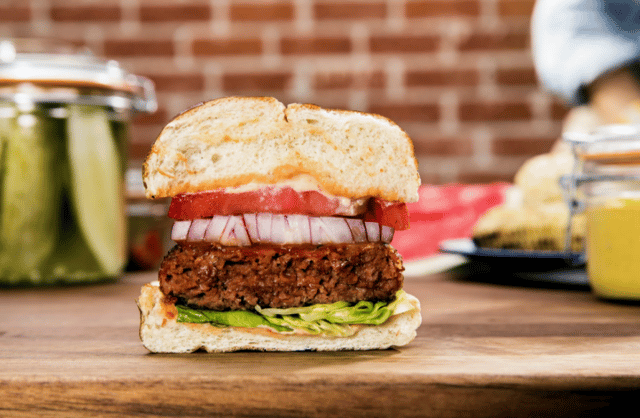 Photo: The Beyond Burger

Beyond Meat is a Los Angeles, California-based food startup that makes burgers - but not just any old burger. The patties are made from plant products, like peas and beets. The goal of the firm? To provide people with a plant-based burger that looks, cooks, and tastes exactly like a real beef burger. And it seems like they’re achieving it. Since the launch in 2009, Beyond Meat has been receiving good feedback from consumers and the press. “I think the Beyond Burger has a solid chance of converting dedicated carnivores. It even sizzled and smelled like a real burger while it cooked,” Emily Price of FastCompany said.

Right now, Beyond Meat is distributing their product to more than 2,000 grocery stores nationwide, including Whole Foods. The brand is backed up by several personalities, such as Bill Gates, former McDonald’s CEO Don Thompson, and Twitter co-founders Biz Stone and Evan Williams. 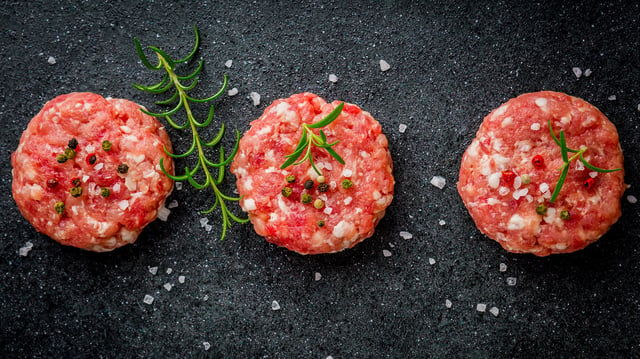 Similar to Beyond Meat, the 6-year old Impossible Foods is also into producing vegan burgers that taste like the real thing. Their product is made from all-natural ingredients like coconut oil, wheat, and potatoes. Though it also has a so-called “magic ingredient” that makes it a true carnivore’s fantasy: soy leghemoglobin. This is a protein that carries heme, a molecule that makes food smell, sizzle, and taste meaty.

According to Impossible Foods, they are planning to replace animal products with goods that are engineered from plants. “We want to completely replace animals as a food production technology by 2035,” founder and CEO, Patrick Brown, said. “We are working on producing all foods that we get from animals.” Impossible’s burgers are served in about 40 upscale restaurants around the US to date.

Here in Australia, alternative sausages, burgers and chicken-like products have been on the shelves but until recently have been seen as a sub-par alternative that doesn't stack up to the real thing and targeted at existing vegetarians and vegans, unlike the products coming out of Beyond Meat and Impossible foods, designed to taste just like the real thing. However, local manufacturers like Fry's Family Foods and Gardein are increasingly making a name for themselves with meat substitutes that look, feel and taste like the real thing, to give vegetarians options beyond burgers with lentil patties, or to help the increasing segment of people who simply want to cut down on meat, do so without compromising taste. 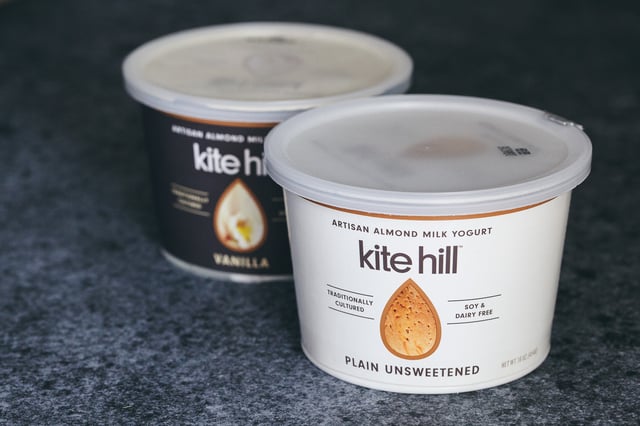 Silicon Valley-headquartered Kite Hill has been getting a lot of good coverage for their launch of plant-based "dairy" products that are designed to taste like the real thing, and are made from almonds - which is great news for the many people that can't consume soy, the base for most dairy free cheese alternatives. They offer creamy yogurts, smooth and spreadable cream cheese, artisan cheeses, and rich almond milk drinkable yogurts. All these are dairy-free (and soy-free) and only made out of fresh nut milk! “With a soft texture and light almondy flavor, we were impressed at how much this product resembled cheese,” Clean Eating Magazine expressed.

With a mission to not only create dairy-free foods for all, but to also make plant-based living easy and enjoyable, Kite Hill is gaining a lot of popularity for their products, by creating plant-based products that dairy lovers would happily eat - not just focussing on a market that's already vegan.

Aspiring vegans who just can't give up cheese should definitely start considering alternatives, as vegan cheeses are improving in leaps and bounds. While vegan cheeses have been on the market for a while, most brands available could hardly be used to convince a cheese lover to part with dairy. With most tasting like a 'cheese alternative' rather than something you'd serve up to dairy lovers on a cheese board, there has been a sizeable improvement in quality and variety of dairy-free cheeses in recent years. Gone are the days of the vegan cheese options simply being cream cheese made from cashew nuts or soy milk, dairy producers are now reproducing Mozzarella (see Nozzarella in Aussie supermarkets), cheddar blocks (see Oliana Foods, who even have a smoked variety), marinated feta (check out Botanical Cuisine), and cheese that really does melt and grill like regular cheese, often thanks to added coconut oil - see Bio Cheese. 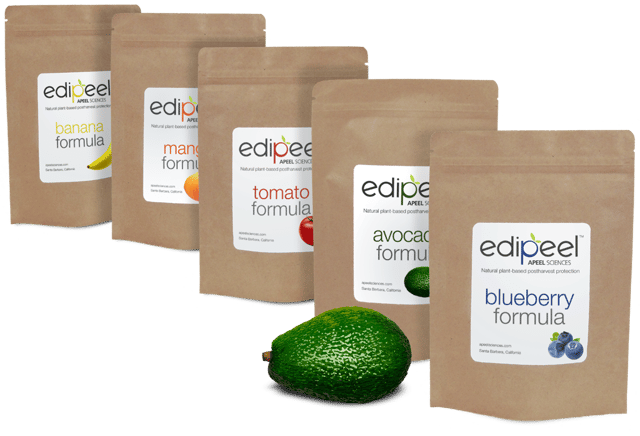 Hard to believe, but Apeel Sciences’ Edipeel and Invisipeel products can extend the shelf life of produce by as much as five times. These organic coating solutions can be applied to the outside of a fruit or vegetable to create a protective layer that doubles and even quadruples its shelf life. Let’s take avocados as an example. This fruit has a normal shelf life of around 30 days; but with Apeel’s unique plant-based formula, the avocados’ shelf life can be extended to up to 50 days!

The U.S Food and Drug Administration has approved Apeel Sciences’ products. Both solutions are said to be made of leftover plant skins and stems, making them safe to eat and fine to sell. Which is huge news for those concerned about the astronomical amount of food wastage that's become all too common. 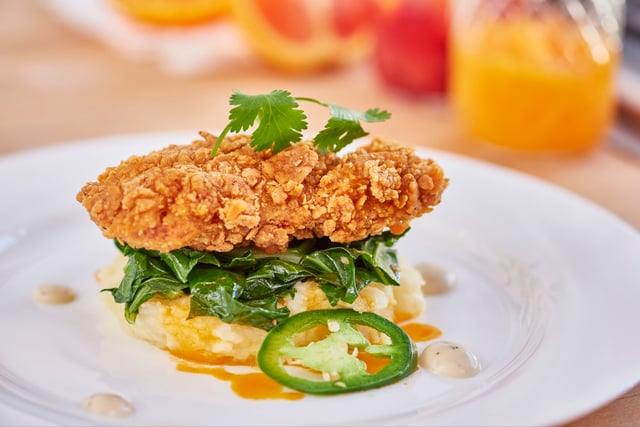 Meat without the need to slaughter. This is the focus of food-tech startup Memphis Meats. The firm cuts down people’s reliance on traditionally grown meat and changes the way meat gets to our plates. Since launch, they have been producing chicken strips, meatballs, and duck without harming any actual animals. How do they do that? By cultivating the animal muscle tissue in a sterile environment - in short, a lab.

According to Memphis Meats, they can produce beef and poultry more efficiently than most traditional farms. They expect their “lab-grown meat” to be ready to hit the market within the next five years. 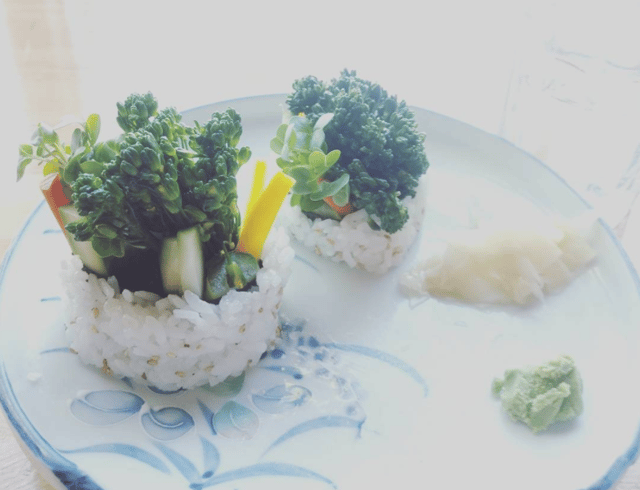 Another “clean meat” startup that aims to make slaughter-free products is Finless Foods. This Brooklyn-based company produces fish fillets using established bioengineering methods and a small amount of fish stem cells, and without the need to slaughter marine animals. As co-founder and CEO Mike Selden explained, “we're growing a small sample of fish meat out from a real fish in a large bioreactor, in massive scale, in clean, sterile breweries that won't engage in all sorts of harmful practices like run-off, won't have high levels of antibiotics or hormones.”

Finless Foods launched earlier this year but has not yet given word on when will they make their first product available to the public. 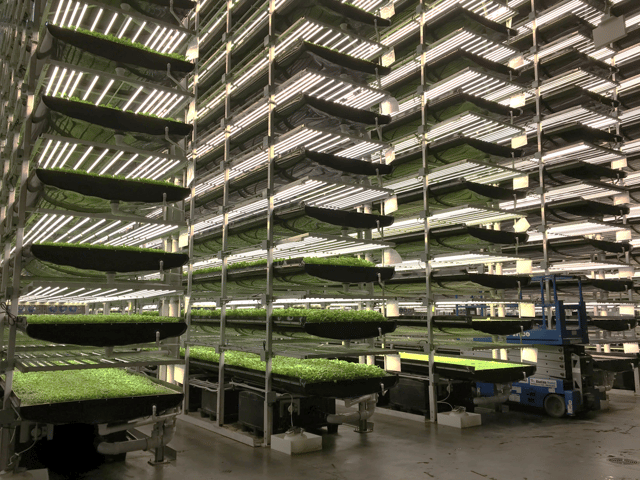 AeroFarms is transforming the future of agriculture. In a 69,000-square-foot warehouse in New Jersey, the food-tech startup grows leafy greens on stacked trays that are equipped with LED lights and sensors so workers can track the growing process. They call this “vertical farming”. The crops rely on nutrient-dense water and LEDs instead of natural soil and sunlight to grow. With this advanced method, AeroFarms is expecting to produce vegetables much faster and bring fresher greens closer to urban areas.

"Cities have a lot of mouths to feed. We have population growth, urbanization, and we need better ways to feed humanity that are sensitive to the environment. Vertical farms are one of many solutions,” AeroFarms' CEO and founder David Rosenberg explained. 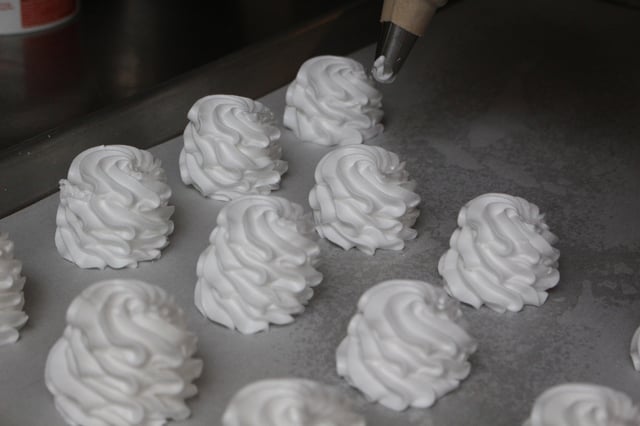 Before Clara Foods, we weren’t quite sure if animal-free egg whites are really possible. The California-headquartered sustainable foods company that was founded in 2014 is creating the world’s first egg white that is completely animal-free yet still matches the taste and nutritional value of hen-borne egg whites. They make this happen through biotechnology and by using genetically modified yeast.

If Clara Foods becomes successful on this venture, they could be able to cut down the cost and time spent in producing eggs and in separating the egg whites. Their unique product line will undoubtedly be a hit with restaurants and food businesses looking for “vegan egg whites” to use in their recipes. 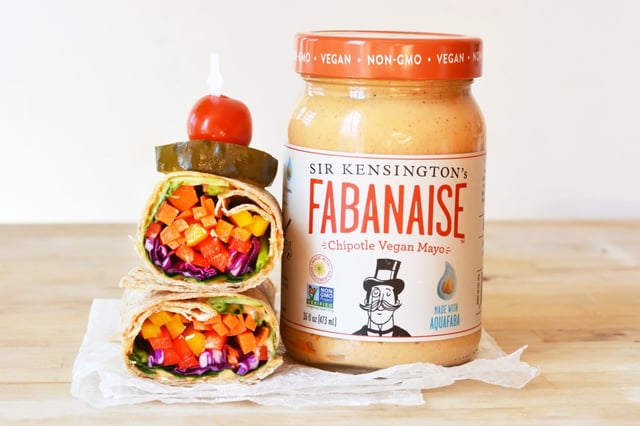 Sir Kensington's has the answer to people wanting to satisfy their cravings for guilt-free mayo: Fabanaise™. This new kitchen creation from the New York startup is the first and only vegan mayonnaise that’s made with aquafaba, a natural egg substitute made from water and chickpeas. Alongside Fabanaise™, Sir Kensington's also produce organic mayonnaise and avocado oil mayo. All these premium products are currently available in food service outlets and natural grocery stores in the US, including Whole Foods.

Earlier this year, Sir Kensington's was acquired by Unilever with the objective to grow its business further and continue its commitment to making food products that taste good and don’t cost the earth. “Working with Unilever will allow us to more rapidly expand distribution while holding true to our values as we help define the next generation of good food,” Sir Kensington’s co-founder, Scott Norton, commented.

These inspiring startups and new products are creating some revolutionary product alternatives to meet the growing demand for products that are better for the environment, more sustainable and cater to growing demands for all kinds of dietary preferences and restrictions. We hope to see more and more food and beverage innovations coming out - both overseas and here in Australia! Have you seen any great new products? Let us know in the comments below!

Want to read more articles like this? Visit the “Industry Insights” section on our blog.